There Is No Easy Mode @ EXP Restaurant + Bar 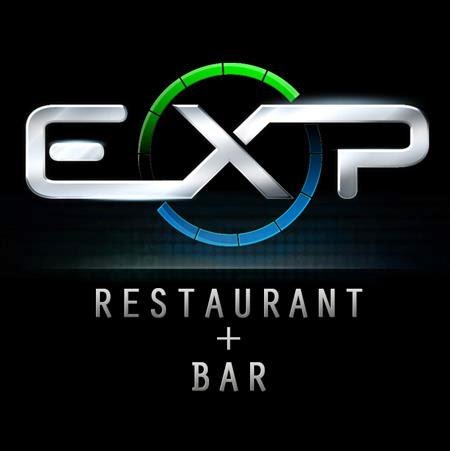 When: 7pm, one Wednesday a Month. I'm not entirely certain which Wednesday, but it usually appears to be the third or fourth. It usually is a full house, so getting here before 7 is a wise choice.

Web Presence: West Coast Geeks Vs Nerds, the shadowy Wizard-figures behind this quiz, create Facebook events for each week's quiz

Format: There are two 20 question rounds - "Normal Mode" and "Hard Mode". You thought it was just a cute name? Each round is scored separately, with attendant prizes. The scoring operates on a unique combo system - a correct answer is worth 100 points. If you answer the next question correct, that is worth 200 points. The next question, if answered correctly, would then be worth 300 points for your team. It maxes out there, with 4th, 5th and so on being worth 300 points1. There are bonus questions worth 50 points attached to some questions, and a Bonus Round at the end of each mode, which can be worth up to 600 points.

Prizes: They are legion, and awarded to the top 3 teams in each mode. They range from swag, to videogames, to XP (loyalty points at the restaurant). I'd tell you more, but I've never won one here.

Food and drink: Most of EXP's notoriety comes from the fact it is themed around videogames, not from its food. It is fairly average bar food, but with delightful themed names. The beers are standard downtown beer prices, with specials on such rare and exotic libations such as "Corona." While $3.75 is not a bad price for a bottle, it wasn't quite enough to entice me, and I stuck with a 6 dollar IPA. There is also an extensive mixed drink list, mostly neon concoctions with cute names

Two common gripes I have with pub quizzes in general are that the questions aren't difficult enough2 and they rarely ask questions about video games. Aggravatingly enough, There Is No Easy Mode at EXP Restaurant + Bar solved both these problems at the same time. Hosted by an affable gentleman whose name I did not catch, There Is No Easy Mode is a slick presentation, making good use of the impressive multimedia system at EXP, all the while being the harbinger of doom as far as my video game knowledge ego is concerned.

The questions are great - very few gimmes, and almost no "soft" questions. Rounds are themed ("Zero to Hero", for example), and the questions pull from nearly the entire spectrum of electronic gaming - from Apple II and Jaguar to mobile games and the XBox One, they're all here. Also, they don't fool around. Normal Mode is some questions that a casual gamer may know a few, but Hard Mode is as advertised. You don't know the name of the Frog from Super Mario RPG? Or the theme song to Altered Beast? Well, you may not be extending your combos for very long. The competition is sharp. If you finish in the top 3, you deserve it, as there are some Omega-level teams out there - which I suppose you can expect from a quiz with such a relatively narrow scope.

Any complaints? They don't tend to ask much about sports games, which are totally also games too, right? And maybe they could add a third round, just because we're all having so much fun with the first two. But in general, I think they handle their content with skill and a keen knowledge of their audience. If you like video games, you should come out and enjoy the show, and try and win some swag. If you're reading this, wizened overlords who run WCGvN, keep up the good work. this night's a gem. But ask more questions about MVP Baseball 05, which is a masterpiece.

1 Although I will respectfully point out that most fighting games actually DECREASE the damage you do as the combo goes on, but I'm sure they know that, based on my performances at this quiz.
2 OK, let's see if I can avoid opening a can of worms that will make me sound narcissistic: I'm not saying I know all the answers or even most of them, but I would absolutely love it if more places asked tough questions, instead of (pardon the impending french) stupid shit like what a group of kittens (adorable) or narwhals (pointy) or crows (annoying) is called, or what X-phobia is or whether or not some completely absurd thing is true or false (if it sounds implausible, it is probably true). Surely there is a market for a quiz that will bust us down a notch, right? Okay, I'm done.

Posted by Vancouver Pub Quizzes at 19:40