Moose's Down Under Trivia

Where: Moose's Down Under, Basement, 830 Pender St. Look for a set of stairs down from street level.

When: 7:00pm Wednesdays. Reservations are required as it fills to capacity

Web presence: Mentions on the restaurant's Facebook page, but no dedicated site

Team info: Strict limit of six to a team


Prizes: The winners receive their choice of Moose's branded swag, or the option to try for a cash jackpot on an ultra-tough final question.


Format: Four rounds of 10 questions each, with activities between rounds to keep up the energy level.


Food and drink: is the culinary equivalent of Australian rock.

Britain is usually hailed as the holy land of pub quizzes, but its seems that Australia is no less skilled in the quizzing arts than their former colonial overlords. For proof of this one need look no further than Moose's Down Under, perhaps Vancouver's most thoroughly Australian establishment, whose weekly trivia is also one of the city's most enjoyable.

Held Wednesdays in an ancient lair beneath Pender Street, Moose's quiz packs the catacombs with a suitably callithumpian crowd. So packed is the venue, in fact, that reservations are mandatory; don't make one, don't play.

I recommend you do. For the unbeatable entry fee of zero dollars, you get not only forty big beefy questions, but three intermezzo mini-games, and a customized team nameplate (you make it yourself with house-provided washable markers and 5-by-7 index card).

During my visit, hosting duties went to understudy Rhona, who delivered plenty of energy and humour in the course of what must be one of the greatest all-time understudy fill-ins since Christine Daaé took over for Carlotta at Opéra Garnier. I can't speak to hosting abilities of the usual host, but poor Moose's may have a Luongo-Schneider dilemma on their hands in the near future.

On the subject of music, Moose's forgoes the customary name-that-tune round in favor a straight-ticket of meat-and-potatoes general knowledge questions, which are well conceived, researched, and edited (with one unfortunate exception during my visit; more on that later). They also include two unique house rules that ramp up the excitement levels: first, a majority vote of teams adds four multiple choice options to any question, which boosts scores and encourages comebacks; and second, the winning team has an option to give up their prize for a crack at a cash jackpot on a super-stumper. White knuckle stuff to be sure.

Where Moose's falls down a little is speed. The host takes on the burdensome task of marking answer sheets between rounds, which enables a running scoreline but slows things down. As well, the popularity of the quiz creates a snarl in the kitchen that means about half an hour between ordering and food on table. But this is easily mitigated if you check out the menu beforehand and order when you sit down.

Things also went a bit pear-shaped in the final round, which asked players to rank 10 of the 14 largest cities in the world, in order. This proved to be punishingly difficult, with all teams present scoring a collective two points. To her credit, the hostess had the sangfroid to wring some humour out of the fiasco and got a good round of laughs for it.

If you can take transit or otherwise avoid parking, do it. Metered spots around Pender Street go for a usurious $5 per hour, for a total of $15 to park for the duration of the quiz. I found a nearby lot and did a little better, paying $6.50 for overnight, but I sure won't do it again.

So? There is no shortage of quizzes to be found on Wednesday nights, but this one should be your first choice. Solid questions, plenty of entertainment, and a hot crowd hit a triple whammy of excellence that is sure to leave you  thunderstruck.
Posted by mrw at 03:23 No comments:

Web presence: A dedicated page on the bar's website

Registration fee: By donation, suggested fee being a very modest $5 per team. Since proceeds go to charity, I suggest you dig a little deeper, especially since you're going to save some money on drinks (see below).

Team info: Five to a team; each additional player incurs a one point penalty per round.

Prizes: A princely cache of prizes awaits the top three teams: bronze is worth a round of Fireball shots, runner-up earns a pitcher of Whistler Brewing Company suds, and winners take a pitcher plus a $50 gift certificate.

Format: Three question rounds of ten questions apiece, and two name-that-tune rounds with five songs each. There was a picture round as well, but was not identified as such so I'm not sure if it is a regular feature.

Food and drink: is a tale of two cities. As for food, Relish puts forth a cautious menu that will certainly not offend, but probably not excite. Instead, the drinks are the main attraction, with 18-ounce pints of Whisky Jack Ale to be had for only $3.

If you love "upscale-casual" dining, dim ambient lighting, decor that aspires to the aesthetic of a night club, and the word "gastropub," you could hardly do better than Vancouver. Over the course of the last 10 years, our fair city seems to have been surreptitiously colonized--Pod-Peopled, if you will--by establishments of this kind, and nowhere more so than the downtown core. (Indeed, a certain Group which we will not mortify by citing here has made these sorts of restaurants their very stock-in-trade.)

Relish ticks a lot of the boxes above, but, to their great credit, their quiz is anything but samey. In fact, Tuesday Trivia must be given serious consideration as one of the best quizzes in Vancouver.

Ultimately the strength of a quiz rests on the quality of the questions, and in this regard Tuesday Trivia is second to none. From start to finish, players are treated to a battery of questions that are thought provoking, original, and inventive. As an example, I might mention one of the tougher ones, which asked "What European language's only contribution to English is the word 'sauna'?" There's a lot to like about this question, not least of all being that it gives knowledgeable players a lot of surface area to attack: linguistically, one would be right in surmising that since it only gives one word to English, it might be a very isolated language; and anthropologically, one would likewise be on the right track in guessing that the speakers particularly enjoy hanging out in steam rooms. 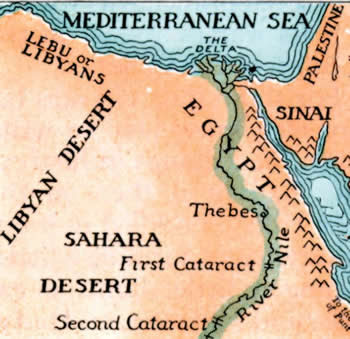 That would indeed be a good sample of the quality of the questions. Even better would be the first round opener, which simply asked "What direction does the Nile River flow?" Yes, of course, it's easy; openers are supposed to be. What I like about it is that even though it is a "giveaway," it is composed so that it still requires a little cognition from the players. Did you really know that the Nile flows North, or did you have to, momentarily, consider its directionality and the positioning of it relative to its receiving body of water (and for that matter, what that receiving body of water is)? By comparison, a lesser quiz might have opted for analytic rather than synthetic thinking, and gotten about the same fraction of correct answers by asking what country the Great Pyramids are in. The difference would be that the Nile question gets players thinking and discussing--in other words, engaging--and the Pyramids question does not.

I could go on, but there are other successes to mention. The tempo between questions, between rounds, and during final score tallying, is right on (you'll be done by 10pm, yet things never feel rushed); the overall difficulty is perfectly calibrated to challenge skill levels from dilettante to genius; and $3 pints speak for themselves.

Evidently they speak to a lot of people, because Relish was already near capacity when I arrived at 7:15 and it was only because a teammate had been there at 5:00pm that I was able to get a seat. Make a reservation or get there extra early lest you risk missing out.

Pressed for a criticism, I would have to concede that the quizmaster, Sean, does a fine job of hosting but doesn't radiate quite the same level of personality as do Eric and Shaun at ANZA or Benji at The Park. That that's the unkindest thing I can say about Relish should say something about how excellent this quiz is.

Closing argument: An unreserved recommendation. Relish's Tuesday Trivia is a sparkling example of quizzing done right. Make way on your calendars for this one.
Posted by mrw at 18:26 1 comment: